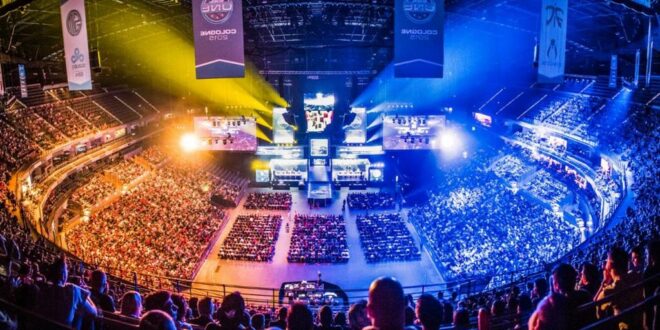 What Sports Have Appeared Recently?

Kane Dane May 4, 2022 Sports Comments Off on What Sports Have Appeared Recently?

How many sports does humanity know nowadays? Probably several thousand or even more – individual and team sports, games with the ball, puck, sticks, bats, games in water, on sand and on the lawn. Most of the official sports are games with an ancient history that appeared at least 50-100 years ago. Some sports disciplines are even older – they are 500 or even 1000 years old.

But there are also so called young sports that have become popular recently. Most likely, these entertainments did not yet exist in the days of our grandparents, and if they did exist, then only were popular among fans. What kind of young sports are we talking about?

This is probably the most innovative and technologically advanced sport in modern history. Esports officially became a sport in the 2000s. Currently, Esports combines competitions in several popular games, including simulators, military strategies, MOBAs and shooters.

According to analysts, it is Esports that can become the main sports discipline over the next 20 years, since hundreds of millions of viewers are already watching major computer game tournaments today.

It is difficult to say exactly when the first skateboard appeared, and who invented it. There are suggestions that skateboarding began to be practiced in California, USA for the first time. It happened about 100 years ago. The first skateboarders were surfers who practiced their skills on land during the cold season, when it was dangerous to swim on surfboards in the ocean.

Frisbee is another example of how entertainment is gradually becoming an official sport. Like skateboarding, Frisbee became massively popular in the second half of the last century. Initially, the inventor of the frisbee thought that the frisbee is just entertainment for children and adults. However, after a few years, people began to throw a “flying cap” at a semi-professional level.

Despite the fact that the frisbee is not yet on the list of official Olympic sports, it has every chance to get into it in the next few years. At least the World Frisbee Tournament is already underway, and the competition is held with the participation of the International Olympic Committee.

Swimrun is the youngest sport on our list, as the first unofficial competition in this sport took place only 15 years ago. The meaning of the competition is to overcome long distances on foot and swim. Moreover, you need to swim and run alternately, without stopping to rest. And it’s really difficult and exhausting

Sports require serious physical preparation from the participants. Despite this, Swimrun already has many fans around the world who want to test their strength and endurance.

You might think that cheerleading is the youngest sport on our list, but it’s not. The first cheerleading team was formed in Minnesota, USA, over 120 years ago. It is interesting that at first only guys were fond of cheerleading, and more girls appeared in teams only in the middle of the twentieth century.

Although cheerleading was created to support football, basketball, and baseball teams in the first place, in the second half of the 20th century, cheerleading developed into a complex sport. In cheerleading, complex acrobatic and gymnastic tricks appeared, and team members had to undergo professional training for performances. The first World Cheerleading Championship was held in 2001.

Most likely, bookmakers still do not accept bets on such competitions. If you are wondering what sports bookmakers have in their lists, you can find information on this webpage, but remember that betting is a gambling hobby that often leads to monetary losses.

They first appeared in the middle of the last century on American streets, and over the course of several decades have become extremely popular, especially in street culture. Both types of dances require from the participants not only plasticity and a sense of rhythm, but also gymnastic, athletic training.

Wakeboarding is an entertainment similar to ordinary surfing, but with one difference – the board with the athlete moves not due to waves or wind, but due to a rope that is tied to a winch or a boat.

Wakeboarding boards are equipped with special mounts, and there are various jumps on the track for the athlete to do various jumps and tricks. Despite the fact that the sport appeared in the middle of the 20th century, the first international competitions in this extreme entertainment were held in the 90s.

Another sport that recently made it to the list of official Olympic disciplines is skeleton. Skeleton is a downhill speed race on a special sled along an icy track. As a rule, athletes make several races over several days. And the winner is the one who can drive all the races the fastest.

Skeleton is included in the list of the Winter Olympic Games, and two types of competitions are held – for men and women.

We note right away that chess is one of the oldest sports that appeared in India many centuries ago. However, chess has not yet been included in the list of official Olympic games. In addition, only 100 countries recognize chess as an official sport, and some of them, like Great Britain, recognized chess as a sport only 15 years ago.

There are rumors that chess may be on the list of official Olympic disciplines for the first time by 2024. However, it is not yet clear which Olympics they belong to – winter or summer.

Previous How To Make Your Local Area More Interesting For Walking