When the first computers were developed at the beginning of the 20th century, people had little understanding of how the technology developed. However, as time has gone on, the technology has become more complicated, and more people have felt the need to look further into the ethical questions it raises. Although technology has greatly improved the quality of life for the majority of people on the planet, we must ask ourselves – is it also advancing to a point where it could take away the rights of some?

If there’s one thing we can say about AI, it’s that it’s complicated. The technology is still in its early stages, and there are still many unknowns about how it’s been used and what the consequences might be. For this reason, any discussion of ethics in AI is likely going to be filled with questions, doubts, and concerns.

The ethical issues in artificial intelligence (AI) are vast. Many of these issues are covered in this blog, but there are many other issues that are not covered at all. What does it mean for AI to be ethical? In this post I will attempt to provide an introduction to the issues in AI that I feel are the most pressing currently.

Artificial Intelligence (AI) is a type of digital technology that has had a significant impact on human evolution. Every tech behemoth is working feverishly to upgrade AI technology. It indicates that ethical issues and the risks linked with the development of artificial intelligence must be explained. So many fundamental problems, such as what the systems’ purpose is, the risks and dangers associated, the systems’ functions, and how to govern them.

Serokell is the source of this image.

How can we avoid making mistakes by inducing artificial stupidity?

Both machines and humans gain intelligence through practical learning. Systems must go through a training process to learn how to recognize accurate patterns and act on them. It goes through a test phase after completing the training to ensure its performance.

The system cannot deal with all of the conceivable examples that the world has to offer during the training time. Humans have the ability to deceive systems. Random dot patterns, for example, can cause machines to sense objects that aren’t there. If we rely on AI to usher in a new era of labor, efficiency, and security, we must assure that the machine works as it should and cannot be subdued.

Inequality: How can we share the riches that machines create?

In terms of products and services, most businesses still rely on hourly labor. However, AI allows a corporation to drastically reduce its reliance on human labor, implying that most of the revenue will go to a small number of employees. Those who buy shares in AI-driven businesses will make more money.

People are already witnessing a significant wealth disparity, with start-ups receiving the lion’s share of the economic surplus they generate. The three largest corporations in Detroit and the three largest companies in Silicon Valley had similar revenues in 2014. Silicon Valley, on the other hand, has ten times the number of employees. How can we organize an egalitarian post-labor economy if we’re thinking about a post-work society?

Security: How can we keep AI safe from bad actors?

Erpin News is the source of this image.

Technology that is both powerful and efficient can be utilized for both good and bad purposes. This applies not only to robots designed to replace autonomous weaponry and human soldiers, but also to AI systems that, when used maliciously, might inflict significant harm. And because we’re dealing with a system that has greater capabilities and is faster than us on a larger scale, Cybersecurity is extremely important.

Techopedia is the source of this image.

The majority of people are worried about how AI-enabled technologies will replace workers in a variety of industries. When AI is spoken in the context of jobs, it elicits a range of reactions and feelings. AI is well-known for eliminating entire job categories. Jobs shift from one location to another, and new job categories emerge. As a result, AI does not eliminate jobs. AI will not be able to replace all types of job, according to research and experience, particularly in customer service, government, professional services employment, transportation, and retail.

Analytics Insight is the source of this image.

Machine learning employs a variety of methodologies. Deep learning, on the other hand, is the only machine learning that has resurrected the AI business. Deep learning is sometimes known as “black box” learning. We don’t know much about deep learning functions, and relying solely on this technology to make important judgments like who gets employed or who receives a loan could be disastrous. Artificial intelligence systems that cannot be effectively described should not be tolerated, especially in high-risk situations. If we want to build trustworthy and dependable AI systems, we need to include explainable AI in the equation.

Data Aanlytics is the source of this image.

Creating data, AI, and an ethical risk framework is a great method to reduce ethical issues. It is necessary to sustain the governing framework. It outlines the ethical guidelines that must be adhered to. The framework will outline how ethical concepts are expressed and combined in systems. It’s also a quality assurance program for determining how effective it is at developing and designing ethical AI systems.

A privacy, fairness, and other data-related risks and problems must be monitored by a committee similar to a governance board. It has to do with privacy, cyber, analytics, risk, and compliance ethics. The group must include subject matter experts as well as ethicists.

The committee will do the following:

Enhance the guidance and resources available.

The Ethical AI framework provides high-level recommendations. Some AI systems require an explanation for how they arrive at a final choice, especially when the AI system’s conclusion has the potential to drastically alter people’s lives. However, as the forecast accuracy improves, the model’s transparency decreases. Product managers must be able to compromise in this situation.

To aid product managers in making decisions, customized tools must be developed. Tools can assess the importance of explainability or correctness for a given system and provide the product manager with real recommendations on what to install.

Our world is divided in many ways, including history, politics, ethnicity, language, morals, and so on. This makes describing legal and ethical issues difficult. Because AI was created by humans, it is bound to be susceptible. If we have complete reliance and dependence on computers, the vulnerabilities will be immense. AI can recognize something that isn’t functioning for humans and use its knowledge and experiences to generate moral and ethical reasoning. The rules that the machine follows or has previously been programmed with will be the focus of AI.

As the world becomes more technologically advanced, there is an increasing concern around the ethical issues in Artificial Intelligence. In a recent article by the “New York Times”, it speaks to the fact that Artificial Intelligence (AI) may be able to predict the future. It goes on to say that AI will have the ability to predict the future. AI has already predicted the future in regards to the outcome of the presidential election, but it is not only predicting the future. It is also predicting the past.. Read more about what are the ethical dilemmas associated with ai and let us know what you think.

{“@context”:”https://schema.org”,”@type”:”FAQPage”,”mainEntity”:[{“@type”:”Question”,”name”:”What are the ethical issues of artificial intelligence?”,”acceptedAnswer”:{“@type”:”Answer”,”text”:”
Artificial intelligence is a very complex issue that has many ethical implications. There are many different ways to approach this question, but one of the most important things to consider is how we can ensure that AI does not lead to an increase in inequality.”}},{“@type”:”Question”,”name”:”What is social and ethical consequences of artificial intelligence?”,”acceptedAnswer”:{“@type”:”Answer”,”text”:”
Artificial intelligence is the use of computer systems to perform tasks that normally require human intelligence, such as visual perception, speech recognition, decision-making and translation between languages.”}},{“@type”:”Question”,”name”:”What are examples of ethical issues?”,”acceptedAnswer”:{“@type”:”Answer”,”text”:”
There are many ethical issues that can be found in the world. Some of these include environmental issues, animal rights, and human rights.”}}]}

What are the ethical issues of artificial intelligence?

Artificial intelligence is a very complex issue that has many ethical implications. There are many different ways to approach this question, but one of the most important things to consider is how we can ensure that AI does not lead to an increase in inequality.

What is social and ethical consequences of artificial intelligence?

Artificial intelligence is the use of computer systems to perform tasks that normally require human intelligence, such as visual perception, speech recognition, decision-making and translation between languages.

What are examples of ethical issues?

There are many ethical issues that can be found in the world. Some of these include environmental issues, animal rights, and human rights.

Previous How to Set Chrome as Default Browser in Windows 11
Next Triluminos vs QLED: Which One Is Better? 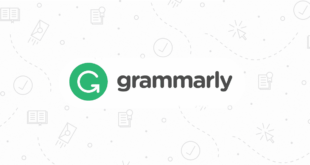